Wondering if a Septic Inspection is Really Necessary?

Before we get started, check out the image below to get a general idea on how a septic system works. 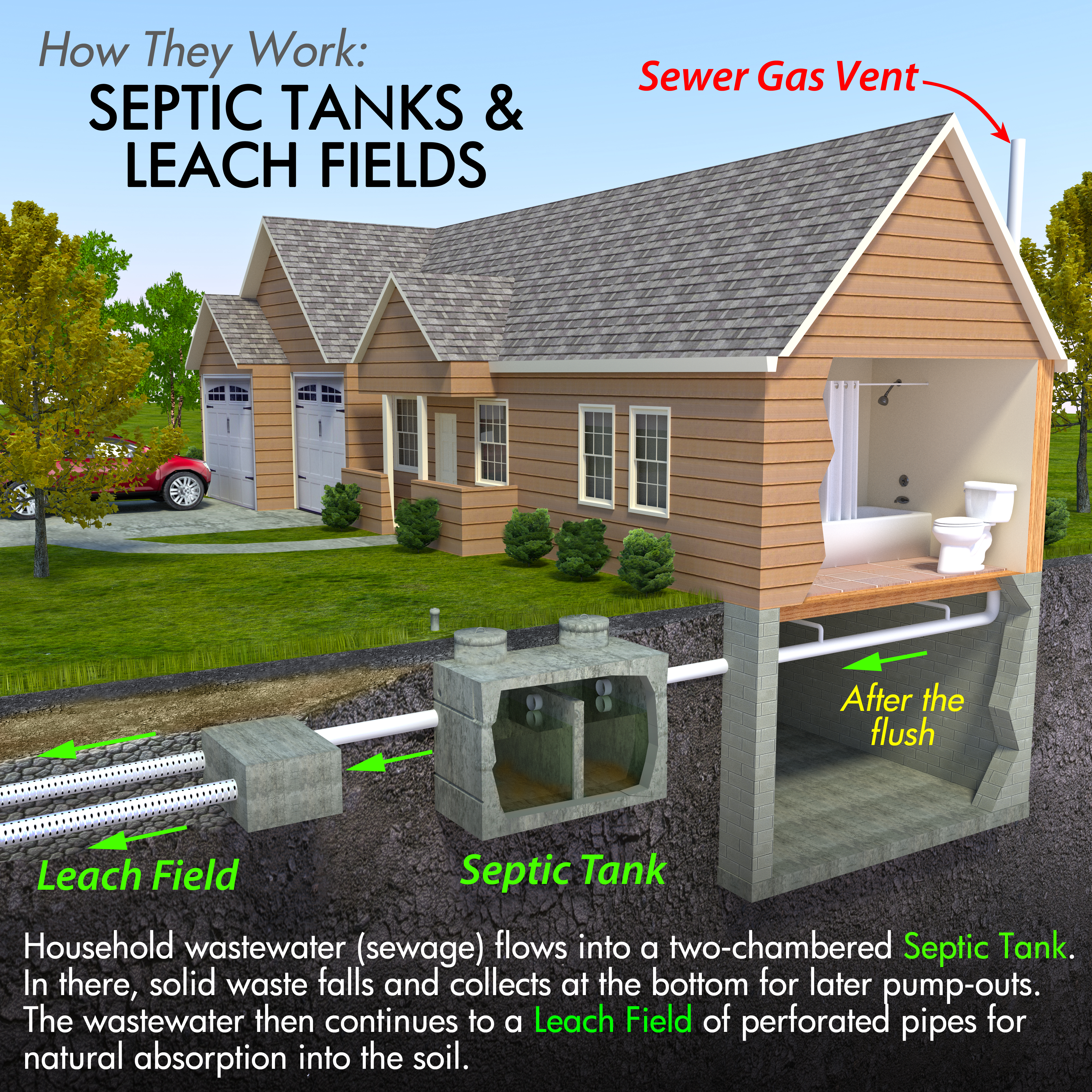 You’re excited about getting that special home under contract! You’re now in the Inspection Period and are doing your due diligence to make sure the property is what you expected. This particular property has a septic system installed instead of public sewer. You’ve just paid the home inspector and you’re wondering whether or not having a septic inspection is necessary. After all, the toilets seem to flush okay and the water seems to be draining down the drains without any issues.

Septic Inspections are Not Required, but Strongly Recommended

Ultimately, getting that septic system inspection is your call. It’s not something that is typically required by the lender unless the FHA/VA appraiser has flagged it in their appraisal report as a potential issue.

There are a few factors that you’ll want to consider. The age of the house, whether or not it’s been vacant for a long period, has the tank been serviced regularly. Even if all of those items check out, I would very likely still recommend that you have that septic system inspected because of a situation my buyers experienced early on in my real estate career.

Read What Happened to My Buyers…

My buyers found what appeared to be the ideal home for them. It was a bank-owned property and my buyers were able to win the bid. They immediately lined up their home inspector and proceeded with the inspection of the home. The report came back with numerous issues, but none of them were deal breakers. Because of the age of the house, it was built in the 1960s, the home inspector recommended the buyers have a septic system inspection.

Thank God my buyers took the advice of the home inspector and had the septic system inspected. As it turned out, the septic tank and drainfield (leachfield) were located in the backyard. The backyard also had several large Grandfather Oak Trees and the root system had taken over the backyard as well as invading the drainfield. The septic tank itself was starting to crumble and the whole septic system failed the inspection.

Buyers still liked and wanted the house, but now they were faced with the expense of replacing the septic system or seeing if the bank would take care of the problem.

How Would You Like to Have a Mortgage on a Home that was Uninhabitable?

Prior to asking the bank to replace the system, we also found out that the county had certain guidelines as to the required distance between a well and a septic system. I believe they had to be at least 75 feet apart (I’m not exactly sure if it was 75 feet, but it was close). The problem was that this particular lot wasn’t big enough to have 75 feet separating the well pump from the septic system.

If my buyers would have skipped the septic inspection and proceeded with the purchase of this property, they would have bought a house that was uninhabitable and had a nice mortgage on it! So, if you were to ask me, I think septic system inspections are worth every penny!